Amoako Boafo’s stylish portraits celebrate Blackness in all its multitudes 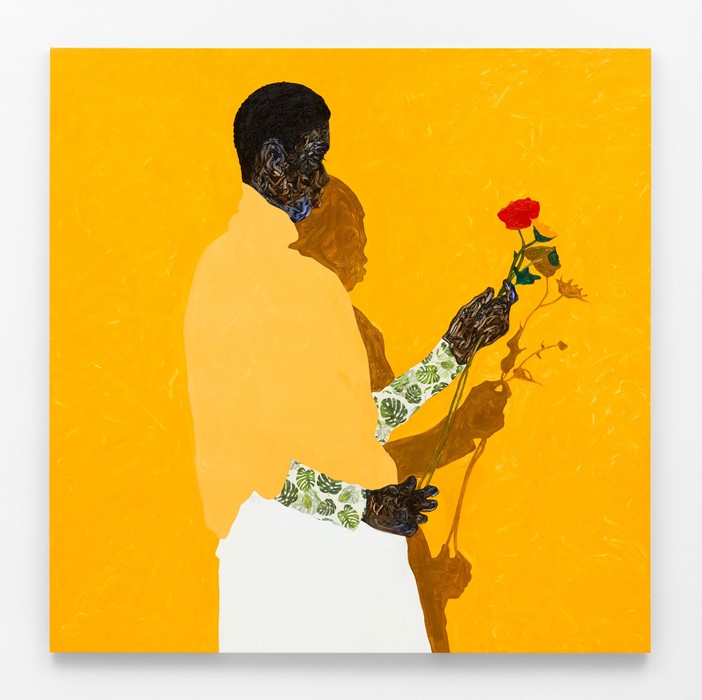 Gilles Deleuze once said, “The shadow escapes from the body like an animal we had been sheltering.” In his latest series of portraits, painter Amoako Boafo’s figures are often depicted accompanied by those ever-present but elusive companions. As a counterpoint to the plains of rich ochres, Yves Klein blue, and vivid pinks that occupy his canvases, the shadows create a depth of field and a sense of interplay between the boldly attired figures and their shady counterparts. Boafo introduces this feature into his work to represent the sitters’ concealed or denied aspects, which must be claimed in order to achieve selfhood. The Ghana-born artist tells Dazed, “It is important to note that a person must know and accept themselves in totality, not pretend to have only one side.”